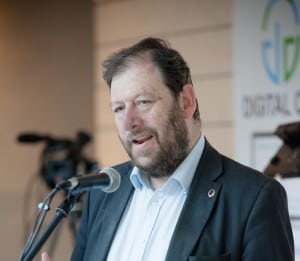 Brian White was an outstanding friend, personally and to MKEA. His premature death on 5 July deprived him of the retirement he and his wife Leena had planned and Milton Keynes of its greatest champion.

Following the election results of May 2005, General Election Brian and I sat together commiserating on our shared unemployment, and putting the world to right over a couple of pints and a bag of crisps! Brian described himself as “a left behind computer programmer and politician” I disagreed, securing employment would be far easier for him than I. The discussion that followed set the cogs in motion to establish what was to become MKEA. We both did something else but the subject kept coming up whenever we met and Brian wanted to know why I had not got on with it, at first I thought it was Brian having fun at my expense, something he was extraordinarily good at! But 5 years on, when I was again facing life after redundancy, and with the encouragement of Simon Goldburn, we met for lunch, another liquid one and that was when Brian came into his element as “Mr Fixer, “I’ll fix it for you to do it!”

MKEA was established with the help of the now-defunct “Milton Keynes Economy & Learning Partnership” and Liz Gifford in particular. That was late 2011.

Over the past 5 years Brian’s help, support, introductions and as a guest outplacement training speaker has resulted in over 400 MKEA members returning to work or starting their own business. That was what Brian did, make things happen and ensure that they continued.

Brian described himself as a politician but to everyone who benefitted from his help and intervention, he was above politics and seen as the friend who made things happen.

During his term as Mayor, 2013-14, Brian encouraged John Dale and I to become a charity and look to expand our reach beyond Milton Keynes to help others and show them how it is done well in MK. At our first Trustees Meeting on 2 April 2016, Brian regretfully announced his decision to step back from his intention of becoming a Trustee of Careers-Action CIO due to his recent decision to retire to Spain, but he would not leave us completely as he would become a special advisor to the charity Trustees and Management.

His death leaves us with a challenge to fulfil the vision and take the MKEA approach to job clubs across the UK. 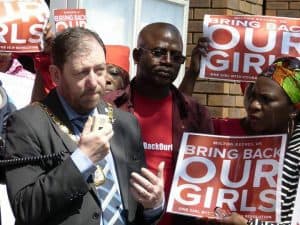 On a personal level, Brian and I worked out that we had known each other since 1986 before he was first elected a Milton Keynes Councillor. Over the past 30 years, Brian supported and encouraged me to fight and secure the MK Ice Hockey Club and ice rink, run a youth group, co-contribute editorship of a parish magazine, as a management member of a community building management board, and take the fight for awareness and funding of male cancers to the country through the Institute of Cancer Research and Millwall FC by raising awareness and funding through recycling of print cartridges. Brian’s life impacted so positively on so many others in ways that so many others never recognised.